Coming into the Light: How Solar Power Continues to Evolve

As one of the major developments in modern technology, many people assume that solar power is a 'finished' invention – something which has already been discovered and is no longer improving.  In fact, that couldn't be further from the truth.  Solar technology is constantly being worked on and upgraded.  Even just in recent years, there have been incredible leaps and bounds that have catapulted the solar panel industry to new limits.

Oddly, the least immediately exciting of the improvements is the one that will probably have the most impact.  According to recent statistics, the average solar panel operates at 14% efficiency.  In other words, around 14% of the energy it collects is turned into electricity.  Needless to say, that's lower than we might like.  Thankfully, as the technology develops, this number is steadily rising.  At the absolute top end of the scale, panels are now able to achieve an efficiency of 50%, and there are panels commercially available that can achieve 25%.

Currently, many people are put off from adopting solar power technology due to the look of the panels.  Some may disagree about the look of the panels; after all, they do have a distinctly futuristic appearance that fits nicely into a contemporary-style home.  However, technology is now being developed to create transparent panels.  These could serve as windows, negating the need to install any visible panels whatsoever.  This is still in early stages, of course – as is a version of the technology which simply looks like roof tiles.  When these are available, there's every possibility that they will sacrifice some efficiency.  Still, the fact that these technologies are even possible will really help the industry to blossom.

One challenge with traditional fixed solar panels is that they can only pick up light from the direction they're pointing in.  As such, they must be carefully installed, positioning them so that they are able to pick up as much sunlight as possible.  With double-sided panels, this is no longer as immediate a concern.  The panels will be able to pick up light no matter where the sun is positioned in the sky, increasing their chances of picking up energy twofold.  For homes in awkward positions for fixed one-sided panels, this may be a game changer – and this isn't a thing of the future.  This technology is commercially available now.

In short, there's no better time to jump into solar energy.  This is no longer an emerging technology; it's been ironed out carefully and developed into something advanced and truly forward-thinking.  However, it could also be said that it's always the right time to jump into solar power.  The sooner your panels are installed, the sooner you can start reaping the financial benefits of lowering your energy bills, and the sooner the panels will pay for themselves.  The quicker you see the light, the better! 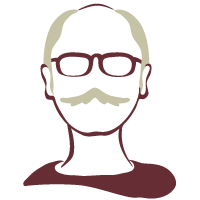 Hello, my name is Billy and this is my energy and environment blog. I have always been worried about mankind's impact on the natural environment. However, it was only when I got talking to my friend Suzie one day that I realised that there are steps I could be taking in order to make my home more environmentally friendly. I hired an energy and environmental consultant who gave me some great advice. I have since installed solar panels and other energy saving things on my home. I decided to start this blog to encourage others to become more environmentally aware.

Coming into the Light: How Solar Power Continues to Evolve - 26 October 2017

Common Septic Systems: How They Work and Typical Issues - 29 August 2017